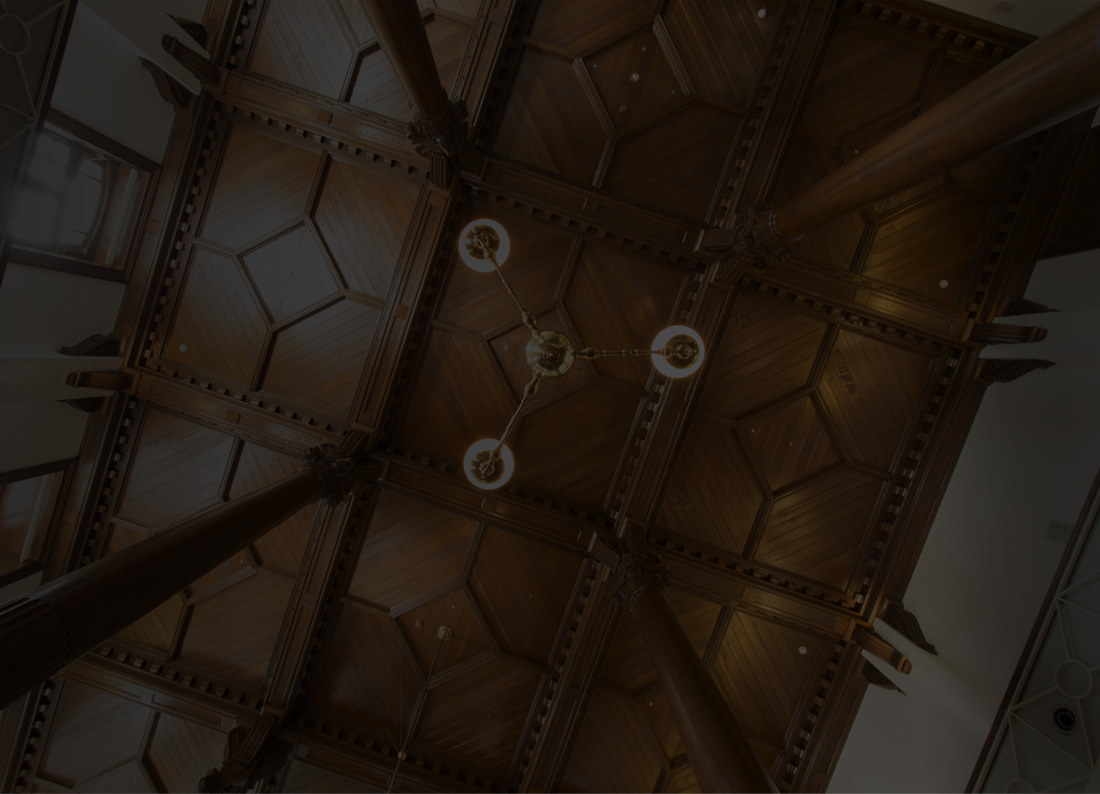 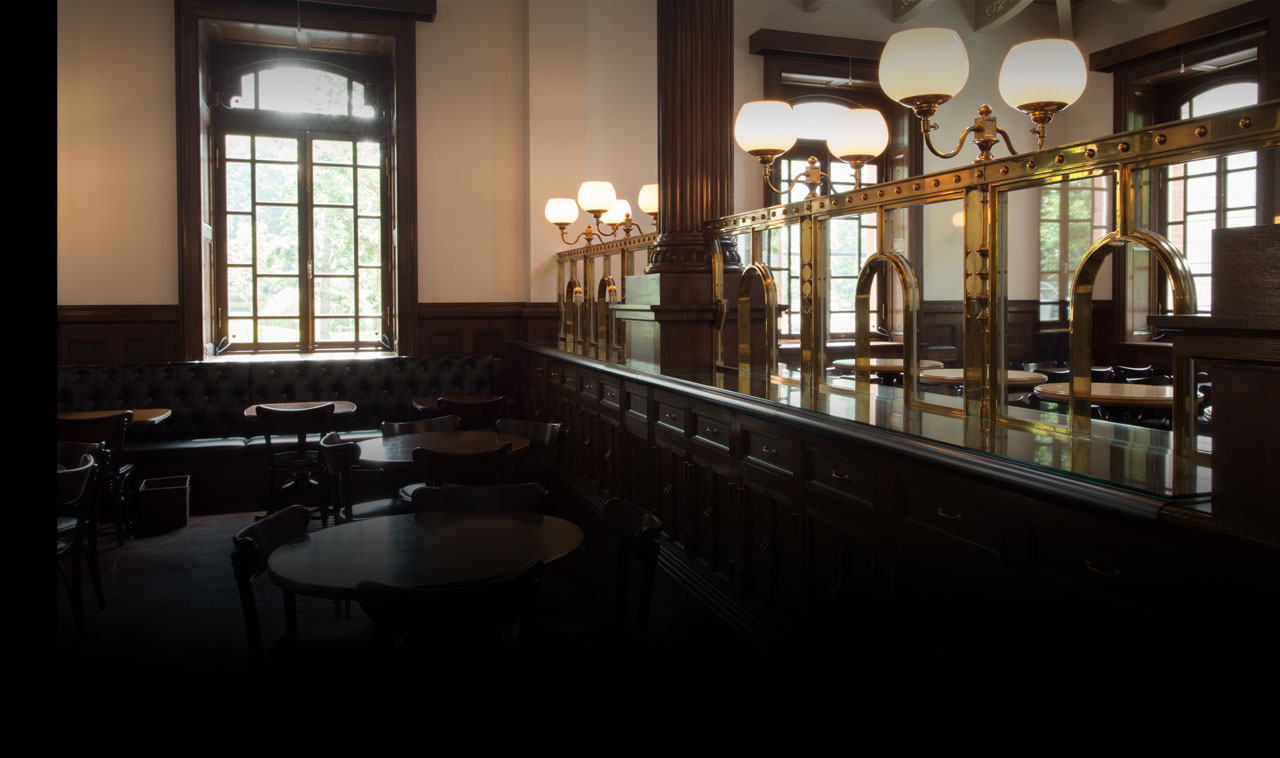 The Mitsubishi Ichigokan Museum’s Café 1894
is located in the hall originally occupied by the
banking department.
The area has been recreated as faithfully as
possible with the aid of photographs believed
to date from the building’s completion in
1894, as well as blueprints, drawings, and
extant structural components.

The design of the light fittings hails from the gaslight era,
with glass shades wide open across the top to let out the heat of the gas flame (though today they house electric bulbs).
The window glass was recycled
from the demolition of the former
Shin-Maru Building.